Home » An Introduction to Puzzle based learning » The Authors 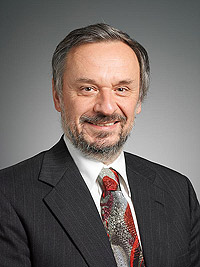 Internationally renowned Artificial Intelligence expert, Zbigniew Michalewicz has published over 300 articles and 25 books on the subject of predictive analytics, optimisation, and self-learning systems, which have been cited by other 10,000 authors. These include the ground breaking Adaptive Business Intelligence and How to Solve It: Modern Heuristics. Zbigniew is the Chief Scientist at Complexica and Emeritus Professor at the University of Adelaide (where he held the position of Chair of Artificial Intelligence).

Zbigniew has over 35 years of academic and industry experience, and possesses expert knowledge of numerous Artificial Intelligence technologies. He was the co-founder and Chief Scientist of NuTech Solutions, (which was acquired by Netezza, and subsequently by IBM), and the co-founder and Chief Scientist of SolveIT Software (which was acquired by Schneider Electric after becoming the 3rd fastest growing company in Australia). Both companies grew to approximately 200 employees before being acquired.

During his time in the corporate world, Zbigniew led numerous large-scale predictive analytics and optimization projects for major corporations, including Ford Motor Company, BHP Billiton, U.S. Department of Defence, and Bank of America. Zbigniew Michalewicz also served as the Chairman of the Technical Committee on Evolutionary Computation, and later as the Executive Vice President of IEEE Neural Network Council.

In December 2013, the President of Poland, Mr. Bronislaw Komorowski, awarded Zbigniew the Order of the Rebirth of Polish Polonia Restituta, which is the second highest Polish state award for a civilian (after the Order of the White Eagle ), awarded for outstanding achievements in the field of education, science, sports, culture, arts, economy, national defense, social activities, the civil service and the development of good relations with other countries. 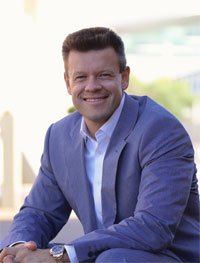 From 2005 – 2012, Matthew was the co-founder and CEO of SolveIT Software, a supply chain optimisation business he grew from zero to almost 180 employees and $20 million in revenue before selling the business to Schneider Electric. Under his leadership, SolveIT Software became the 3rd fastest-growing company in Australia in 2012, as ranked by Deloitte. The company won numerous awards, and counted among its customers some of the largest corporations in the world, including Rio Tinto, BHP Billiton, and Xstrata.

From 1999 – 2003, Matthew was the co-founder and CEO of NuTech Solutions in the USA, where he raised more than US$15 million in venture capital and grew the business to almost 200 employees in six international offices. Matthew established an “A-list” board of directors, which included former President of Poland and Nobel Peace Prize winner, Lech Walesa, former National Security Advisor to the President of the United States, Zbigniew Brzezinski, former Bank of America Chairman and CEO, Hugh McColl Jr., and world-renowned fraud expert and subject of Steven Spielberg’s blockbuster “Catch Me if You Can,” Frank Abagnale. NuTech Solutions was acquired by Netezza Corporation, which was subsequently acquired by IBM Global Services. He is currently the CEO of Complexica, a provider of Artificial Intelligence software for helping large organisations sell more products and services, and reduce labour costs and headcount through Automated Analytics.

Matthew is an international expert in entrepreneurship, innovation, and success psychology. He has established boards that include former heads of state, Nobel Peace Prize winners, and Fortune 500 CEOs, and has a track record of starting businesses from scratch and selling them for tens of millions of dollars.

From 1994 – 1999, Matthew was the founder and operator of Fitness Forever, a personal training business, and later, the co-founder of CFG Investments, a money management and financial planning company with more than $150 million under management.

Matthew is the author of several books, including “Life in Half a Second” (Oct 2013), “Winning Credibility”,“Puzzle-Based Learning”, and “Adaptive Business Intelligence”, and lectures at the University of Adelaide as a Visiting Fellow on the subject of technology commercialisation.

More information on Matthew can be found at his personal website.

Click here to find out information about purchasing the Puzzle Based Learning book.

A well structure presentation, on a topic that took my interest from the very start i.e. thinking outside the square & challenging the status quo.

Puzzle-Based Learning is creating news across the globe ... read about the lectures and key-note addresses being presented, as well as the business organisations and education institutions that are embracing this new teaching and learning methodology ...